LYING AND CONSEQUENCES — New couple Carrie and Sebastian can’t seem to catch a break. Between being grounded and rival Donna’s sneaky attempts to break them apart, Carrie worries Sebastian will lose interest in her. Desperate for some alone time with him, Carrie must lie to her father and bail on plans with her sister Dorrit. Carrie finally gets closer with Sebastian as the two finally kiss in the pool, but Carrie's sister Dorrit tells their dad about the two and he comes in to take Carrie home. Tom then tries to protect Carrie by telling her that she should not be dating Sebastian any more. Maggie’s obsession with having sex drives a wedge between her and Walt. Meanwhile, Larissa wants to do a photo shoot with Carrie’s purse for Interview magazine, forcing Carrie to scramble to make it work.

Larissa: Sometimes you have to fake it to make it. After all what's fake becomes true.

Carrie: Maybe Larissa was right, even the impossible can become possible.

Walt: Maybe it is that simple, believing in it.

Dorrit: I am going to kill you.

Carrie: So you wanna meet or not?
Sebastian: Of course.
Carrie: Don't be late.

Carrie: They say that the eyes are the windows of the soul. That looking into someone's eyes is to know the truth.

Maggie: We've been together for two years, why won't you have sex with me?

The Mouse: I just saw Sebastian and Donna, together.

Carrie: You're telling me I can't date? Because that's gonna be a problem.

Larissa: I don't just thrive in chaos, I love it.

Carrie: I get it, you wanna escape.
Sebastian: But not when I'm with you.

Larissa: In 2 weeks time, 2 emaciated models will be fighting over your bag like their life depends on it. 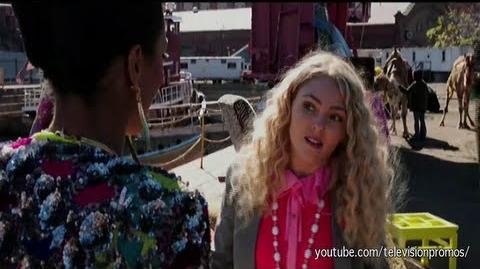 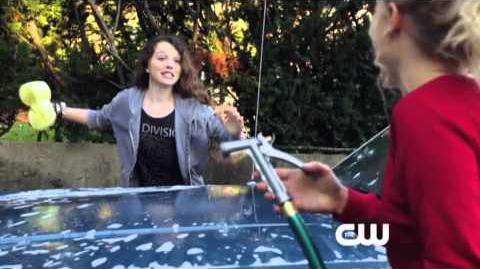 The Carrie Diaries - Lie With Me Preview
Extended Promo 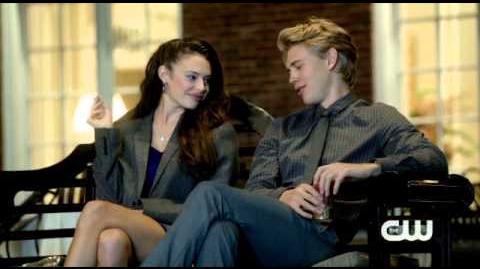 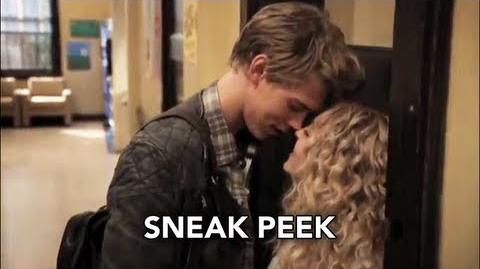