RITE OF PASSAGE – Carrie runs into an old friend at her internship and gets invited to his mother’s dinner soiree in Manhattan, but her feelings for Sebastian get in her way, until she see him with another girl. Mouse is excited about getting back together with Seth, but her worries about being bad at sex drives her to ask Walt for help. In order to hang on to a favorite spot at the diner, Maggie takes on Donna LaDonna and her friends. Meanwhile, Tom loses his wedding ring, which makes him realize that Harlan might be right about starting to date again.

Mouse: This is such a ridiculous double standard! So if you sleep with a bunch of girls you're cool, but if I do I'm a slut?

Sebastian: I like you. Not because you're a bitch but in spite of it.

Mouse: If you'll excuse me I need to go jump my boyfriend and I suggest you do the same.

Mouse: Maybe that's why Seth isn't excited about me. I don't have one of those. I mean I have two boobs, but not a hot body.

Carrie: I don't want to play games with Sebastian.
Maggie: Then prepare yourself to lose.

Maggie: Adorable and rich trumps stupid and lazy any day. 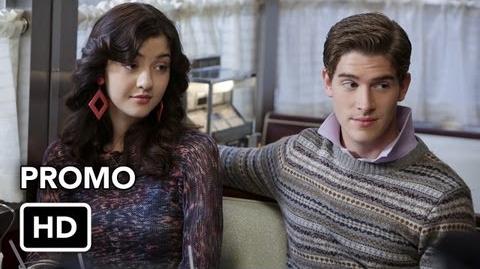